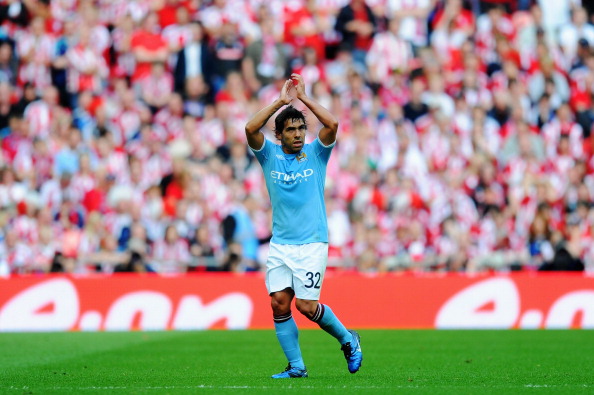 Descrizione: LONDON, ENGLAND - MAY 14: Carlos Tevez of Manchester City applauds his sides fans as he is substituted during the FA Cup sponsored by E.ON Final match between Manchester City and Stoke City at Wembley Stadium on May 14, 2011 in London, England. (Photo by Mike Hewitt/Getty Images) 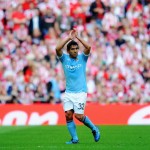