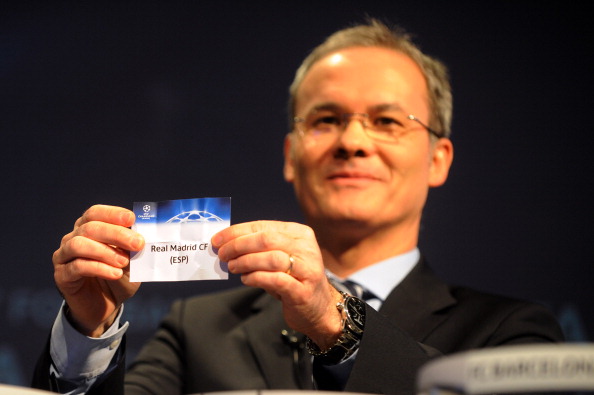 Descrizione: UEFA Competition Director, Giorgio Marchetti shows the name of Real Madrid CF during the draw for the last 16 of the UEFA Champions League on December 17, 2010 at the UEFA headquarters in Nyon. Seven previous winners and three debutants were among the sides in the hat with the first legs taking place on February 15-16 and 22-23, with the second legs on March 8-9 and 15-16. AFP PHOTO / SEBASTIEN FEVAL (Photo credit should read SEBASTIEN FEVAL/AFP/Getty Images) 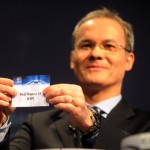